Sorry for the lack of updates, the internet dongle is not what it promised to be. Like I said on the last post, my co-driver ( aka wife ) got sick and had to be taken to the hospital in Tafraoute. I've to say I was twice worried, first for my wife, and second by the bad things I had been told about the Morocco's hospitals. 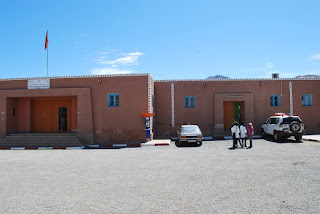 The hospital indeed was simple, but very clean, with the same standard of work I'm used in other western european countries.Now the big surprise came from the medical staff, specially the Dr.Mohamed Azaou, is interest in helping us even though we didn't share a common language was beyond belief. I cannot thank enough what this man did for us.
The next day ,while I was filling up the land rover at a petrol station he came to me ,asking how my wife was, and even though it was is day off, he insisted in going with us back to the hospital to give her more medication and double check everything was ok before we went for the pistes.
if you need a Hotel in this area I can recommend this one : Hotel LE ROCHERS PEINTS 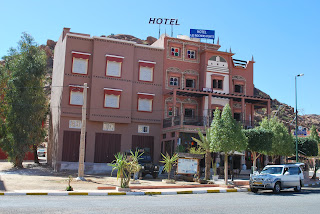 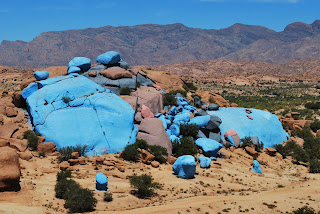 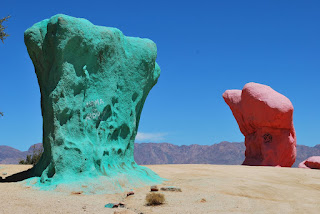